The Parliament in the New Capital, Nay Pyi Taw, Myanmar

Nay Pyi Taw, the new capital was built by the military government, in a region of Myanmar where there was nothing before. A lavish city it is, with huge wide roads and few cars. Government buildings are scattered around and hidden in the empty landscape. New hotels pop up along the main roads, glowing with lights in the night, like a strange Las Vegas.

A huge imitation temple was constructed on a hill, that few people visit. A new highway was built from Yangon to the new capital, in a country that never did have a real highway before.

In 2006 the government leaders, servants and their families moved from Yangon into their new city.

This new city was very restricted up until recently. Just a short time ago, you were not allowed to even stop on the empty 10 lane road leading to the parliament buildings. And of course, photography was not at all permitted.

In December of 2015, securing special permissions with help from some friends, I was allowed to visit the new Parliament. We were given a time to pick up a government employee, who then took us to the main gates, where inspections and more paperwork were completed. 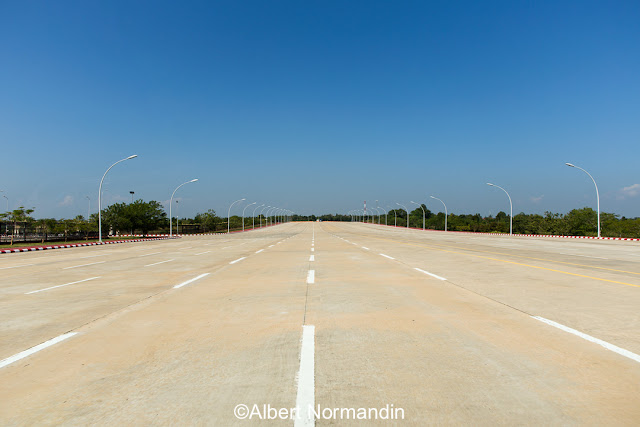 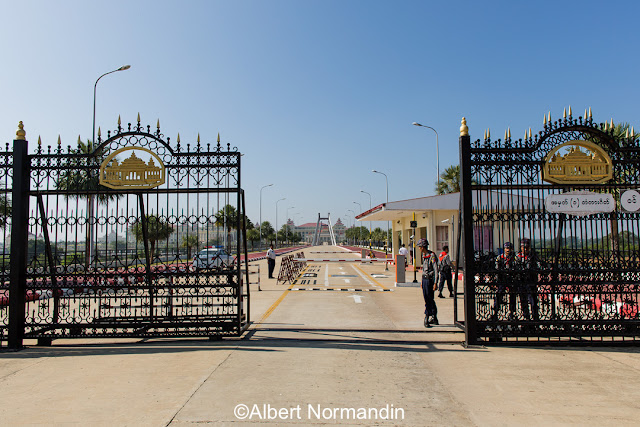 A police escort brought me across moats and bridges to the main buildings. There I was met with no less that 7 government people to escort me around. 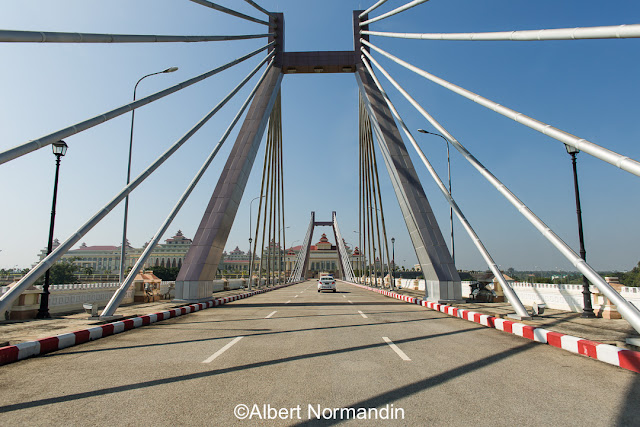 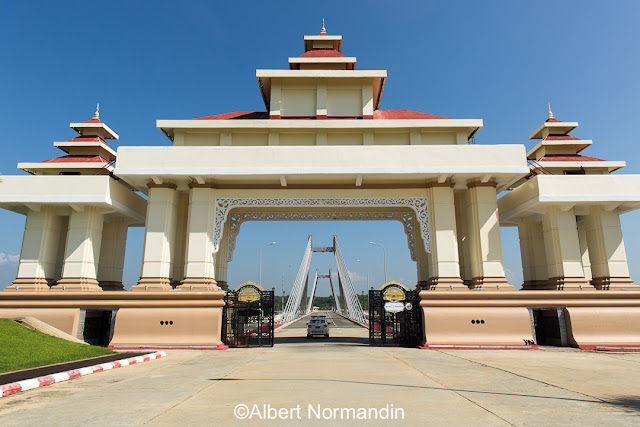 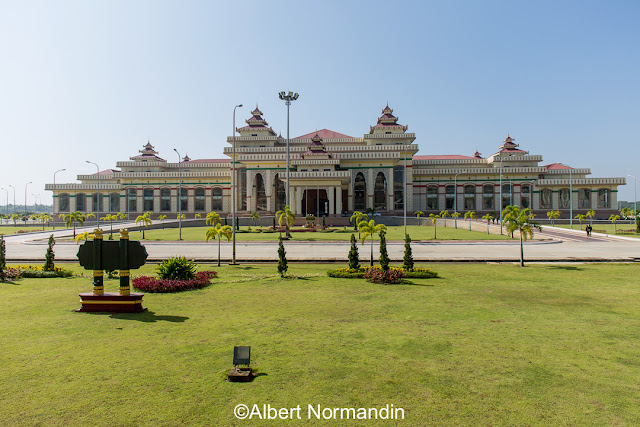 I was limited to a 1 hour tour of the main areas. Photography was allowed, but of course, only certain areas. I was ushered from building to building, via long, wide, empty hallways. 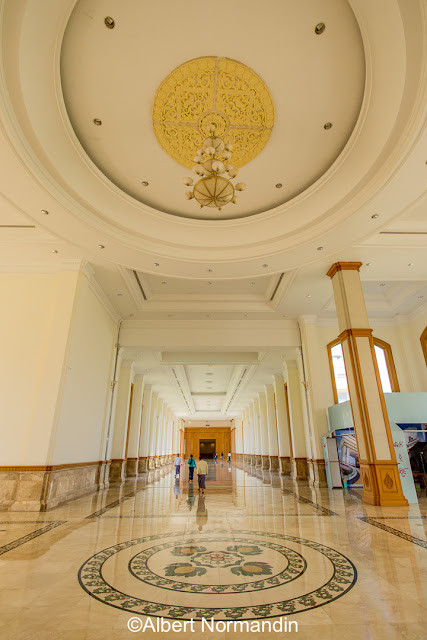 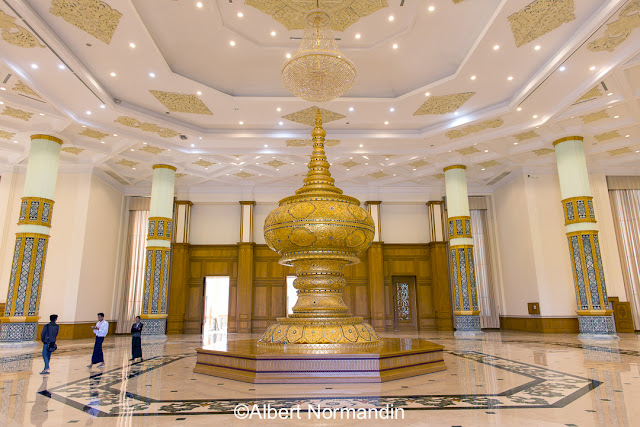 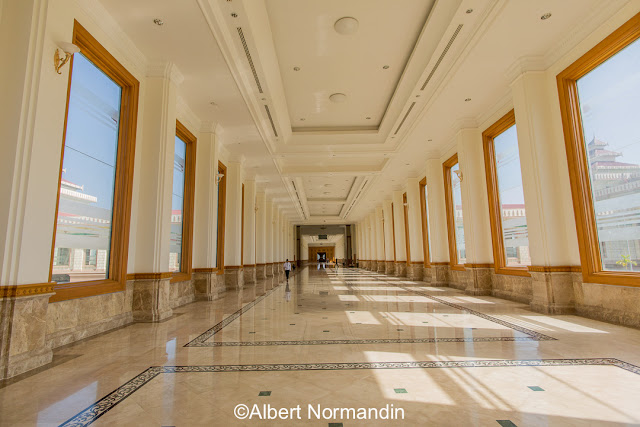 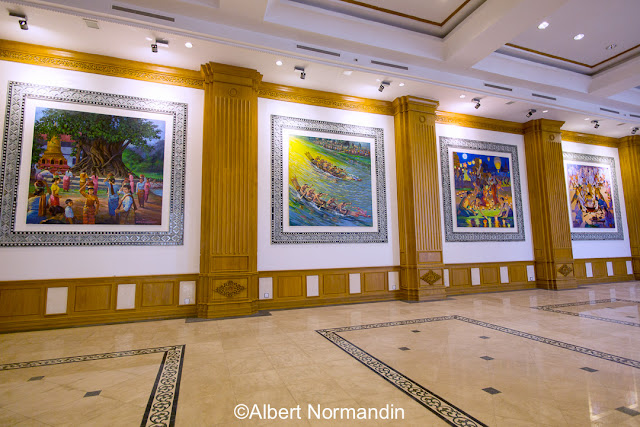 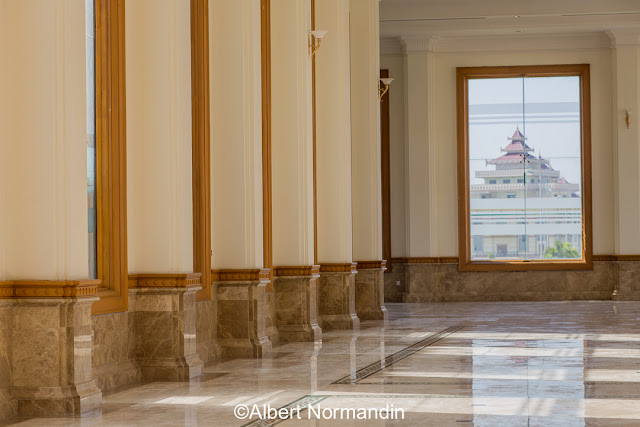 These long hallways connect the 11 main buildings to the 20 smaller buildings on 860 acres. The Upper Senate auditorium has 1,292 seats. 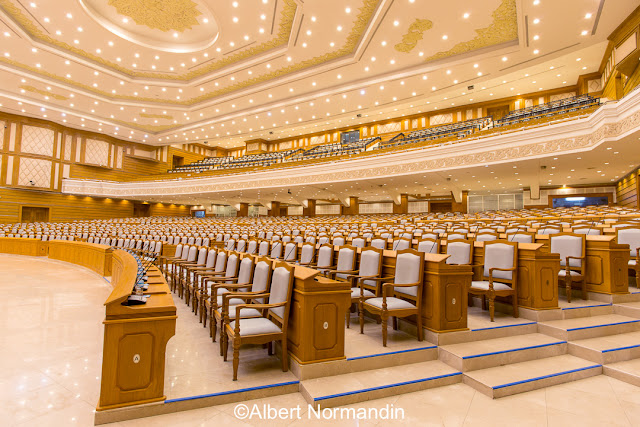 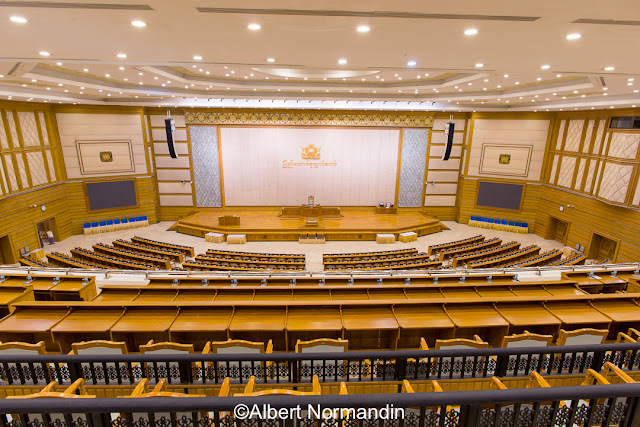 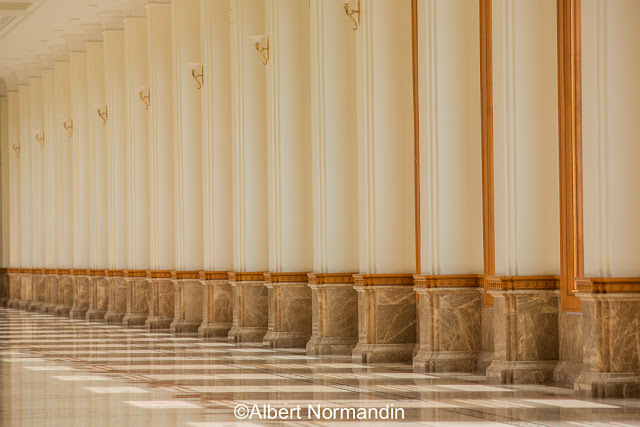 Down another long hallway, is a very large extravagant dining room, with seating for hundreds of dignitaries. 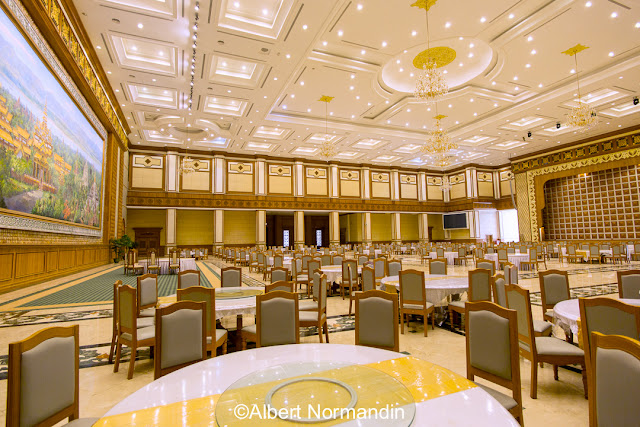 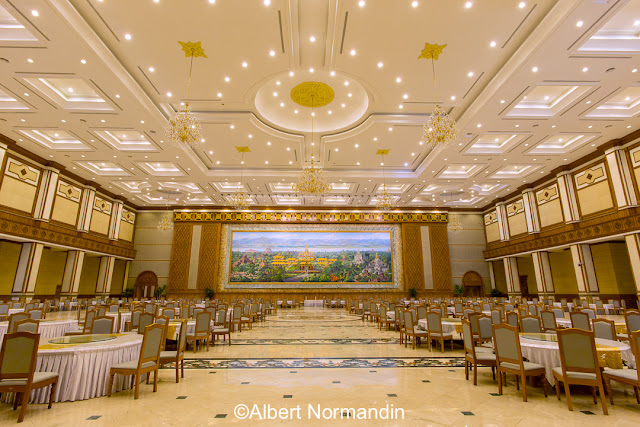 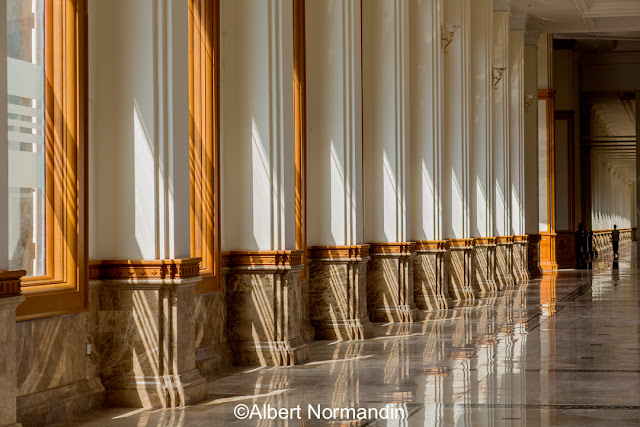 My tour was a quick look at a very different part of Myanmar, that most Burmese will never get to see. 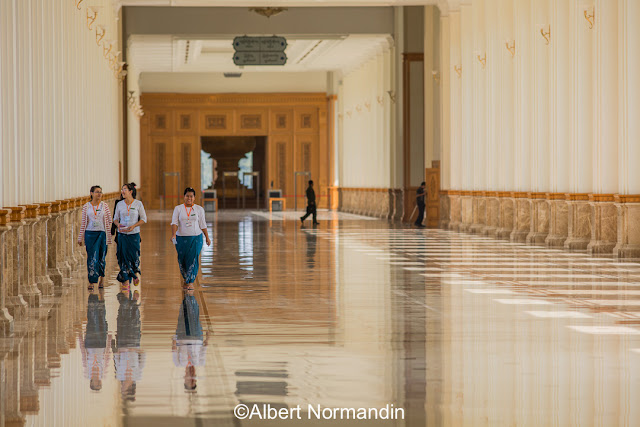 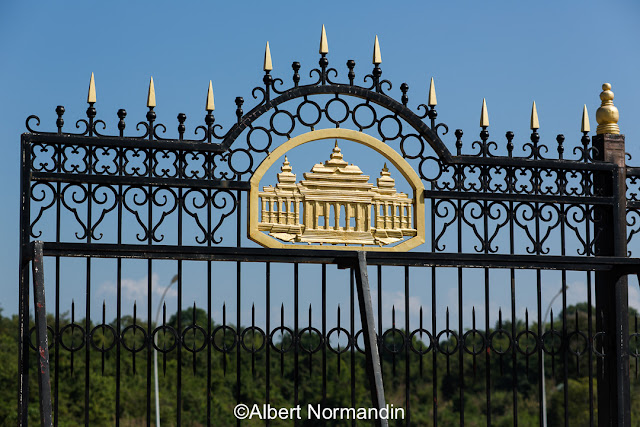